Run and Jump in Style with Mario! | Super Mario Run

Super Mario Run is a running game where you control Mario. The controls are extremely simple, with there only being one technically. All you have to do is tap the screen for Mario to jump to get over obstacles!

What can I say about the overall graphics? It’s classic

Mario brings back a ton of nostalgia.

As mentioned before, you have no control over

Mario’s constant movement. All you can do is make

him jump to avoid certain obstacles.

There are many coins to collect during a run, which

you can use to purchase cosmetics and other things

The longer you hold the screen before letting go, the higher you’ll jump. The mechanics are similar to the offline Google dinosaur game actually! This means that there is some challenge being presented for timing. In addition, doing some special combos can make Mario do some backflips and more stylish tricks!

Bubbles can be found throughout the map, which essentially are checkpoints you can manually activate. Once you lose a life, you will be brought back to the bubble… Floating in the sky, might I add!

There are actually different types of coins that can be found throughout the map. Ranging from pink to black, these colors indicate the difficulty of reaching these special coins, which can later grant you special bonuses and rewards.

I can definitely see this game becoming popular amongst speedrunners, if that even is the correct terminology for this game. Each level is designed in such an intricate way, meaning that a lot of thought goes into where a certain block needs to be. After replaying a level for a while, I’m sure that it will become relatively easy to memorize the level layout.

Completing more courses can help you 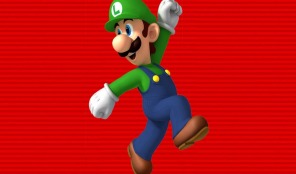 Even though the game is free, I am quite

certain that you’ll need to pay a one-time

fee to access bonus levels. I don’t think that

this is a problem at all, as entertainment is

Before I finish this review, I want to give ‘Toad Rally’ a little recognition. It’s a free-to-play game-mode where you essentially run through a level normally. However, you will be competing against a ‘ghost’ character or a real-world player, so that adds an element of competitiveness we all know and love!

Performing some tricks and maneuvers will

grant you bonus points as well. What I find

really cute is the crowd of Toads that will

appear on your screen, growing and cheering

you go on as you continue to run in style.

As expected, the winner of this game mode

will be the player that received the most

Overall, I think Super Mario Run is a great game. It’s similar to Temple Run, but has the childhood memories of Mario and other features that add onto the gameplay! I’m sure many fans of the franchise absolutely adore the game.

Super Mario Run is available on Apple and Android devices.